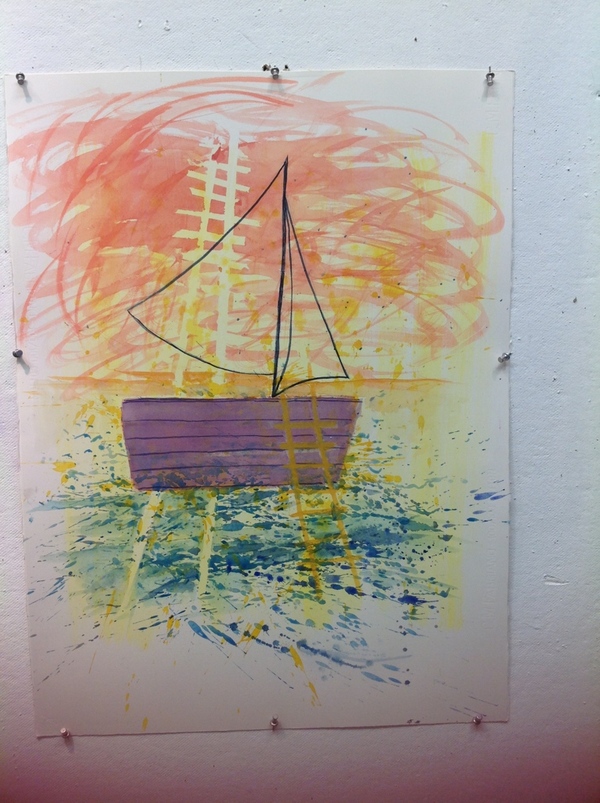 Following my husband’s brutal death, I was virtually numb. While sorting through the aftermath, I was temporarily unable to create. Ultimately, I made a series of works that, either directly or metaphorically, addressed the traumatic life-changing, family-altering event.

Central to theses images were my impressions of the rehab of the townhouse, after the hazmat team had cleaned up the living room from the horrific event. Tall painters’ ladders extended from the room, up into the loft area on the second floor, where light from two skylights poured into the space below. I imagined that my husband’s spirit had symbolically ascended, by means of the ladders, into the light, thus lifting the dark veil of horror that had cast an indelible pall over his last moments of consciousness.

I didn’t show or submit work for three years following the event. In the summer of 2017, I established a studio in a long-standing favorite location, Gloucester MA. Being in a new environment for three months was a turning point in re-starting and refreshing my art practice.
Loading...